Zofia Baldysz is a professional bridge player from Poland and a member of the national women’s team. She kindly accepted to answer a few questions about the victory of her team at the latest European Bridge Team Championships held in Ostend, Belgium.

Also, Zofia and her partner Anna Zareba have just won the silver medal at the European Youth Bridge Pairs Championships (U26) in Opatija, Croatia.

Congratulations to Zofia on her recent achievements! And again we would like to thank her for answering our questions. What is your history with bridge?

Zofia Baldysz: I was born in a bridge family; both my parents and grandparents play bridge. My parents met at a bridge tournament. Although I remember a time when I didn’t want to play bridge and was quite rebellious. I played my first tournament when I was 8 years old, although I started playing regularly at the age of 17.

You recently won the European title with the Polish Women team in Ostend in June. Can you introduce your teammates?

Zofia Baldysz: I play with my mom, Cathy, who’s American and has been playing on the national women’s team for 7 years. She started playing bridge with my grandfather in the USA, but when we moved to Poland, she mostly played with my dad. She plays professionally from time to time.

All the other members of the team are professional players.

Ania Sarniak has been playing on the women’s team for the longest. She represented Poland as a Junior. She is the highest ranked woman player in Poland.

The other girls: Danuta Kazmucha, Kasia Dufrat and Justyna Zmuda started their bridge careers when they were Juniors, representing Poland in many events and bringing back a lot of medals. They have all been on the national team since 2011-2012, where they have also contributed to some of the best results the Polish women’s team has ever had.

Zofia Baldysz: The competition was focused on winning, generally friendly and I don’t think there were any teams that were so easy you could just relax.

Zofia Baldysz: This team has had a lot of training in the past few years. This year we had training matches in Paris against the French women’s team and in Amsterdam against the Dutch team. Last year we were invited by the Norwegian federation to compete against in friendly matches. Otherwise, we have to do a lot of individual training and practicing with our partners at live tournaments and online.

Which advice would you give to people willing to start playing bridge?

Zofia Baldysz: Have fun and enjoy the mind puzzles.

And which advice would you give to more advanced bridge players willing to improve their skills?

Finally, a major debate in the bridge world… Do you consider bridge as a sport? Why? Do you believe that an event like the European Bridge Championships require as much preparation as any other competition?

Zofia Baldysz: Preparation is without a doubt needed. You can’t just walk in to a tournament and play like an expert. Obviously, bridge helps exercise the brain, which in turn helps keep the entire body in good condition. Should it be a sport? Why not?

Do you play on Funbridge?

Zofia Baldysz: I’m afraid I don’t play on Funbridge. I am a translator for the app, but I don’t use it. I think I might use it in the future though. 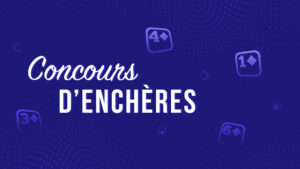 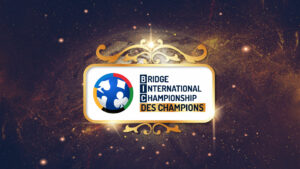 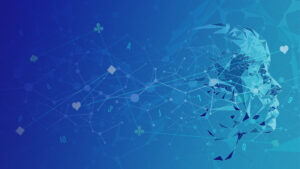