The second “weekly exclusive tournaments” are over. We know the winners and you can watch and read the bridge hands analysis.

If you have not played these tournaments yet, you can find them under “Get started/Practice > Exclusive tournaments” and search for Milan Macura.

Both the IMP and MP tournaments start on Saturday and end on Thursday when I am making the videos.

Also this time, there were more players participating in the IMP tournament. The numbers increased from 397 to 610.

With this pace, we can reach 1,000 players at the end of September, which will be awesome.

This week, we had more interesting boards where you could score a lot of IMPs if you played well and had luck.

The best player of week number 2 was Klaus from Germany with impressive +61 IMPs. Second place went to Durba from India and AproX from the Czech Republic with +57 IMPs.

Here is the top 10 leaderboard

Slightly different auction on board number 2 could bring me another 14 IMPs.

Argine chose a different lead if you show a balanced hand with 1NT rather than if you bid 2♣.

This deal was discussed a lot by the players.

Why is Argine giving the contract away with ♦A lead only to some players?

The reason is that there is either a different auction, so Argine makes a different presumption, or there is an approximately similar probability for more leads, Argine can choose another lead in some cases.

The complete truth is hidden in the Funbridge program code.

This can be very frustrating if it happens to you, but it is nothing unusual. In real bridge, some tables would also choose an alternative lead to change the scores a bit.

The most interesting hand came immediately on board 1. You get the following hand and partner opens 1♠.

What is your bidding plan?

You have four key cards for spades and an extra doubleton.

Most people count their HCP and bids according to that. The HCP method works well in NT and with balanced hands, but definitely not with unbalanced hands (7-card suits, 10 cards in 2 suits).

The better approach, when raising the Major suit, is to count how many losers you cover – I call it useful honors.

With a singleton, it has mostly 6 losers even in a lower range of the opening 12-14.

Since your honors are covering losers for sure, you should start thinking about the slam immediately.

The best way how to figure out partner‘s strength and distribution is to bid 2♣.

On this board, partner responds 2♦ to show 4 cards and you jump to 3♠ to show a strong hand with spade fit. Argine‘s description for 3♠ is 14+ HCP, but once again, bridge is not about HCP, but about tricks.

3NT continuation should be without a small singleton so mostly a 5422 hand or 5431 with a singleton honor and extra points.

Argine‘s definition is poor trumps and 14+ HCP. You are still not sure if you should bid the slam or not, but you can continue describing your hand by cuebidding.4♣, 4♦ and 4♥ show the control in the suit.

After the cuebidding sequence, partner asks for key cards. We want her to ask since it is partner who will have an easier decision to bid a slam or even a grand slam.

5♣ shows 3 key cards and once partner asks for the ♠Q, you jump to 6♠ denying any outside kings.

Here is my suggested bidding

East leads ♥9 and you are the declarer of 6♠. What is your plan?

You are missing the trump Ace, but you have AK in all other suits.

In trump contracts, you should identify losers in the hand with more trumps as you did already in the bidding and try to figure out how partner can cover them.

Is there any danger here?

If you start drawing trumps and they split 3-1, you will be left only with one trump in dummy for two diamond losers. Sure you can try the club finesse and use the ♥A to discard one of the diamonds, but that provides another risk.

The best way is to win the ♥K, play a spade towards the ♠K and if it holds, you cash ♦A and ♦K and ruff the diamond with a high trump.

Now you cross to the hand with ♣K and ruff another diamond high and play a trump. West shows out and East wins with ♠A and plays a small club.

What to do now when West discards the heart on the fourth round of diamonds and also on the second round of spades?

You win the ace, cash the ♥A and discard the club loser in hand.

So far so good.

But which suit will you play now?

If you choose a suit where East is also out, you will get overruffed.

Is there any indication of East‘s distribution?

The key is the first lead of ♥9 and West discarding 2 hearts. Heart honors are still out and East cannot have both since he led the ♥9.

Therefore you have to play a club to win the contract and score +10 IMPs.

Here are the most played contracts

Only 20% of the field reached the slam and 23 players failed to make it.

You can watch all the boards followed by the challenges against top Funbridge players in the video on Milan Macura‘s YouTube channel:

And to read my analysis of the MP tournament, click the following button: 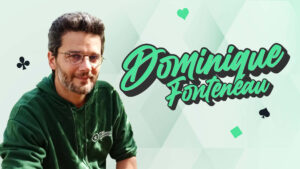 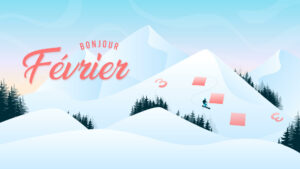 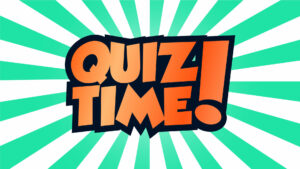