On the occasion of the 6th World Youth Open Bridge Championships currently being held in Croatia, we met the Théo Guillemin/Luc Bellicaud pair from the Youngsters Team France sponsored by Funbridge. They share their state of mind ahead of the event.

The World Youth Open Championships in the Youngsters category start on Monday 20 August. They follow Lyon 2017 World Team Championships where France shined in many categories. We had won the team event in Youngsters (U21), Théo Guillemin and Arthur had finished third in the pairs event.

This year France is sending two teams: one in Kids (U16) and one in Youngsters.

Again I will be part of the Youngsters team and Théo Guillemin will be my partner. He usually plays in the category above, i.e. Junior (U26), but will move down this time as he is only 18. Last time we played together was in Kids at the 2014 World Youth Team Championships in Istanbul! We are among the favourites in pairs and we hope that we will go back home with a new medal. However, the event and the final will be short, making it quite uncertain to achieve that objective.

In teams, we will be associated to Léo Rombaut and Clément Teil. It will be their first time in Youngsters after several championships in the Kids category. They won the silver medal at the World Championships in China last year, among other things.

We are a solid team but we arrive with a major disadvantage. We are only four players and long days are awaiting us… Again, the objective is to bring a medal but it won’t be easy!

There are several strong teams:

First of all, obviously, I’d like to spend a nice week with Luc, Clément, Léo and Thibault.

Luc and I will try to aim for gold in pairs even if there is always some uncertainty and there are other good pairs, especially the Polish Patreuha brothers.

In teams, I hope that we will win a medal despite that we are only four and no-one can afford to get tired, all the more at the final stages of the event.

I am sure that we will be a tightly knit team as it has always been the case in Youngsters over the last few years. Even if the decision of having me play with Luc was taken quite late, it hasn’t been too much of a difficulty to agree on a comprehensive and coherent system, so there is no reason for concern here.

I think that Clément and Léo have been able to practise together throughout the year and acquire automaticity. Also, they are good individual players and this is why there is every reason to believe that we can expect to get a medal despite the presence of very good teams.

Teams can be transnational and choose whatever name.

To me, four teams are stronger than us, at least on paper:

But we have to keep an eye on Italy, one of the two teams from England and maybe another Chinese or Polish team, especially since I don’t perform very well against the latter generally speaking.

Get all the results of the Youngsters Team France sponsored by Funbridge on the Funbridge blog and on the WBF website. 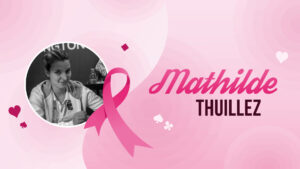 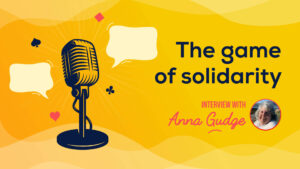 The game of solidarity – Interview with Anna Gudge 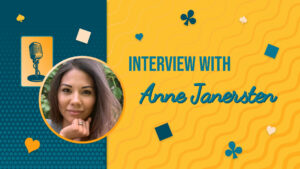