The challenge posed by bridge is never-ending. Each new hand presents you with a different set of problems to solve. How can you raise the level of your game?

If you want to get better at bridge, your first move should be to join a Bridge Club.

There is sure to be one in your area and you can be certain of a friendly welcome. If you don’t have a regular partner the club will almost certainly be able to provide you with one. Your game is likely to improve with regular practice and the social element should not be underestimated.

At many clubs, when you join you will automatically become a member of your countries Bridge Federation. This will confer a number of benefits, including the opportunity to play in a wide range of tournaments and to win Master Points, which help to measure your progress.

Bridge is full of rules and maxims – eight ever, nine never, third hand high, cover an honor with an honor and so on.

Try to assimilate information from the bidding as it unfolds – a player who opens 1♥️ and then rebids 2♣️ should have at least five hearts and four clubs, leaving them with a maximum of four cards in spades and diamonds. By the same token, if your partner starts the defence by leading a low card in a suit you will know that they don’t have a strong sequence such as KQJ.

If you want to drive a taxi in London you have to pass an exam to show that you can locate any street within the city.

This mammoth task is called ‘The Knowledge’ and can take 3-4 years of study. Becoming a good bridge player also requires a lot of effort. Legendary World Champion Benito Garozzo has been playing for more than 70 years and claims he still learns something new every day!Becoming a good player means acquiring the ability to think about all 52 cards, not merely the ones in your own hand.

You can become quite good without bothering, but to make real progress you have to make the effort. There is no need to be a genius! The bidding and early play will frequently establish the distribution of the cards around the table. Sometimes this calculation will be easier for the defenders than for declarer. No special skill is required in order to do this, but the effort of doing so on hand-after-hand is considerable.

Even the greatest champions find it difficult to maintain their concentration and it is during a lapse that mistakes are likely to be made. Terence Reese said that a player who could count was one in a thousand.

In The Mammoth Book of Bridge I suggested that a player who can count and concentrate is perhaps one in ten thousand. 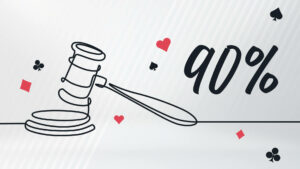 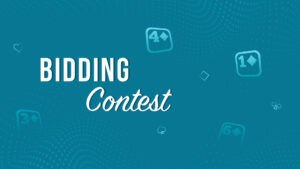 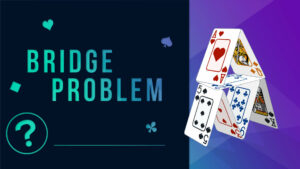