Results of the IMP tournament are a bit controversial.

The winner made +48 IMPs which is pretty awkward for a new account since the second player scored +34 IMPs.

I made a decision to exclude players with new profiles from the final results.

Therefore congratulations go out to Laurence (FR) with +34 IMPs. Second place goes to Niko (GR) with +32 IMPs and third place is shared by Flavio (IT), who also tops my friends‘ list and Lescuyer (FR) with +31 IMPs.

Please note that the screenshot of the scores below has been taken after I have finished the live stream.

+34 IMPs is also the amount of IMPs possible to reach with good decisions on all the boards which I counted during the play. Unfortunately, some of my decisions were not good and I finished with +3 IMPs.

The idea for this theme comes from board 3 of the MP tournament.

You have the following hand. Would you open or pass on the first seat non-vul vs. vul?

I decided to open 1♦ and opponents reached 2NT after an easy bidding.

What would you lead?

♦10 or ♦9 seem like logical alternatives, but if partner doesn’t have an honor in diamonds, you will most likely lose a trick. Therefore I decided to try a club. This is the full board.

The club lead is not a success. Declarer now established 4 spade tricks, 4 club tricks and 2 aces and scored 10 tricks for +180.

But even if I choose the ♦10, declarer will cover with the ♦J and take partner’s ♦K with the ♦A. When I get to the trick with the ♠A, I can cash only 2 diamond tricks. If declarer guesses the ♣Q, he will score again 10 tricks.

And the reason declarer should finesse the right defender for the ♣Q is the fact that I have opened the bidding. Even if I lead the ♥K, the score will stay the same since we will establish only 2 heart tricks – the ♥10 is the second stopper.

So, if you decided to open the hand, you get only 14.54%. In one-way bidding, Argine reaches 2♠ for “only” +170 for EW. Based on the scores, the majority of players passed and received above-average score.

1 – When you open 11-HCP hands, you should have a plan, determine which contracts are probable and if you have a suitable hand for them. When you are balanced, you have to be ready to play 3NT if your partner has (12)13 HCP or to defend.

2 – You should always have minimum 2 defensive tricks – honors which can score tricks when opponents are declaring. In reality, it means at least three top honors.

3 – Honors should be concentrated in your long suits and supported by middle cards (10s and 9s).

4 – Consider vulnerabilities. In favorable, you can always be a bit more aggressive than if you are vulnerable. With balanced hands, it is better if opponents are non-vulnerable because of the 1NT contract.

5 – You should make different decisions based on the scoring system. You can risk more in MPs whereas you should stay conservative in IMPs.

8 – On the 4th seat, you can use the rule of 15 which says that if you add your number of spades to your HCP and you reach 15, you should open.

Let’s try a few examples. Would you open with the following hands?

I will pass this hand. I don’t have enough winners both in defense and declarer’s play. I would like to play in Major and declare the hand if partner is 12-14 balanced. The Queens are not supported by middle cards so invitation opposite an opening hand is the exact strength.

I will open 1♣. I want to play in a Major contract and I want my partner to declare since I have two empty suits. I have concentrated values and 2-4 defensive tricks.

I will pass on 1st, 2nd and 4th seats, open 1♥ on 3rd seat. I have only secondary values, almost no defensive tricks, and with 7.5 losers, I don’t want to compete at the 3 level if opponents have a spade fit. I want to show the lead on the 3rd seat and potentially push opponents to 3 in a minor.

I will open 1♠. I have concentrated values in long suits, a potential rebid both after 1NT and a 2-over-1 response and good shape for fighting for a contract in competitive bidding.

I will open 1♦ in MPs if opponents are non-vulnerable and pass if they are vulnerable or if we play in IMPs.

The hand is flat but produces a lot of finessing opportunities. It seems one side will play NT and I want to steal 1NT for our partnership. Any lead gives me a potential trick and opponents will not expect a weak diamond suit so they can misdefend.

Of course this is only theory and my personal opinion.

I would be very happy if you share your opinions about these hands on the live stream so we can discuss it together.

You can check out other examples of an 11-count opening on boards 2 and 8 of the IMP tournament.

Watch the video to see if it worked or not. Some Argine’s decisions are based on the fact that you have opened or passed.

You can find all the boards of the IMPs tournaments in the video I posted on my YouTube channel. Don’t forget to Subscribe to so you don’t miss my next Exclusive tournaments analysis.

And if you didn’t know it yet, know that I challenge 5 of you at the end of each IMP tournament video! 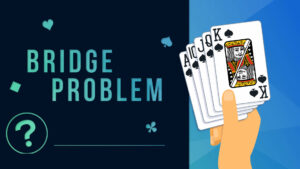 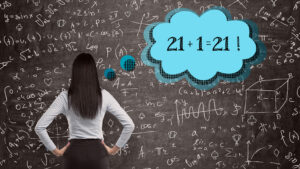 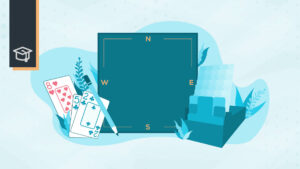