Following their victory during the 2014 team championship, we asked the members of the Elladara Greek team a few questions. These questions are about the 2014 Team Championship (the way the competition was run), their relationship to bridge and also their “addiction” to Funbridge. Here are their answers:

I have already suggested an improvement to the otherwise perfect Championship: qualify only three teams in each round and qualify the four teams with the best total of points over the four quarters. It would prevent players from losing heart if a week goes wrong and therefore they lose a chance of qualification in that quarter. They would be able to continue playing until the end of the fourth quarter.

I learned to play (social) bridge in England in the early 60s during my studies. I started competition when the European Championship was organised in Greece in the early 70s. I played an average game and was the non-playing Captain of the Greek Team in the 1976 Monte Carlo Olympiad. By the early 80s, I stopped playing competition bridge since I could not afford the time and effort required and continued playing social bridge with my old friends until today.

In 2008, I was introduced to Funbridge and since then it is my best and only (unfortunately “only” according to my wife) recreation. I set up my team with players I knew from my competition days and also fellow countrymen I met through Funbridge. Building team spirit was a slow process but we finally did it in good time.

I enjoyed the Championship. It was well organised and the level of the competition was quite high. In the knock-out phase, matches were really close.

I am a club player who loves the game. I am also a software engineer specialised in artificial intelligence and as such, I plan to create my own for bridge sooner or later. I believe that there is room for improvements in bidding and play.

I have been playing on Funbridge since 2011 and at the moment I play a few deals every day. On occasion, I play tons of deals in a day!

The 2014 Funbridge Championship is the first I played and I am impressed by the perfect organisation, the competition and the thrill it gave me.

I have signed up for Funbridge for 13 months and I play nearly every day, enjoying it very much.

It was a very interesting tournament, especially the finals where I liked the 1 vs 1 elimination system on 20 boards.

I am a professional Greek chessplayer (grand master, Greek Champion several times), ranked around the 120th place in the world and I play bridge as a hobby because it has a lot in common with chess!

I play bridge 3 to 4 times a week in Athens. My level is not like in chess 🙂 But still, I believe that I am in top 20 in Greece and on Funbridge, I enjoy series tournaments which I have been playing regularly for the last 2 years.

On Funbridge, computers play better than on Bridge Base Online and I really enjoy playing with them!

The Championship was very exciting, from the beginning to the very end. We didn’t do much in the first quarter but from the second one to the fourth one, we tried hard to qualify, although we had some misfortunes.

After our qualification, the game became harder but everybody gave the best of himself. Our captain, Gavros, kept sending us emails regularly and personally, his interest was the biggest motivation to win. Of course, I didn’t play brilliantly but my team mates did, so we finally won.

I had a great time during all these months and I will continue playing at the next Championships.

Of course, players’ level became higher after each round and our opponents in the final, Poland5, made life difficult for us.

The organisation was excellent.

I have been playing Funbridge for 7 months now and I am really addicted to it! I play almost every day.

More generally, I started playing bridge 14 years ago. I am a member of a club in Athens and I would say that my level is advanced.

Thank you for answering these questions and again, congratulations! 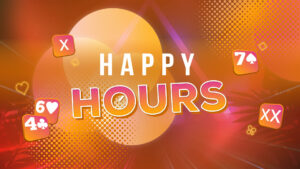 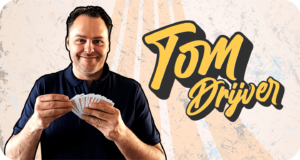 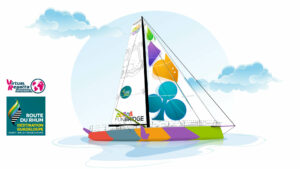 Hoist the colours of bridge! Race to set off on 9 November