The fight against cheating in the Bridge world is in full swing!

A few weeks ago, Erik Sælensminde, a former Norwegian world champion, and his partner Morten Olsen refused at the last minute to play the Barcelona Festival when they learned about the participation of cheaters. They received the approval of a large number of top bridge players. Read more.

More recently, two English teams did the same at the Venice Festival. The information was immediately relayed on Bridgewinners by the best English player David Gold. Read more.

The anti-cheating movement seems to be growing more and more in the Bridge world.

On this occasion, Christophe Grosset interviewed bridge champion Sabine Auken, who is very concerned about the subject, to give us her point of view.

Hello Sabine, after 2 successful careers in finance and Bridge, it seems you are now starting a new one as an actor. You were indeed part of Jackie Paré’s movie “Aces and Knaves” which is about one of the issues that bridge is facing : cheating. Can you tell us more about the movie and cheating in bridge in general ?

Unfortunately I cannot tell you anything about the movie at all. There was a showing during the recent ACBL Spring Nationals in Memphis. I couldn’t see it, because I had to attend a meeting of the ACBL Competition & Conventions Committee, to which I was recently appointed. But after the showing a lot of people were smiling and waving at me in the hallways. So I guess I wasn’t a totally hopeless actress.

The revelations all started in 2015 when Boye Brogeland lead a global investigation that results in the conviction of several top pairs (read more at : bridgecheaters.com).

Were you part of the “team”? How impactful was Boye’s action on today’s bridge ?

There were various efforts to get players/pairs suspected of cheating by a large group of top level players before then. But they are not public. For technical and legal reasons the authorities then decided not to act despite a large amount of incriminating evidence that was provided. Boye’s way of going public was the only way to achieve anything at all.

Recently, some players have refused to play in events where other participants were convicted of cheating in the past. You showed support for their decision. Zia Mahmood said that it is the job of the bridge organisations to make sure cheat is not part of our game, not the players. Agree ?

Of course, it is the job of the organisations. But it’s possible they need the players’ help. If we refuse to play, there won’t be any tournaments and things will have to change.

Geir Helgemo, ranked #1 in the world, has been suspended for doping. This seem to confuse both the bridge and non bridge communities. What is your point of view ?

This was very unfortunate. It seems clear that Geir violated the rules. But the rules should have been different to begin with, in my view at least. So Geir should never have run into this problem. I am also not a big supporter of our affiliation with the IOC. I wish that could stop. At the very least we need to make IOC accept that doping in physical sports is not necessarily the same as doping in bridge.

In the past 2 years, Bridge made it to the general news mainly for reasons such as cheating and doping. What do you think about it ? Is any news good news for bridge ?

I hope that all the public exposure in the end will be good. I hope that it puts enough pressure on our authorities that they finally will do something about the problems. The problems have been there for a long time. But they were hushed up, so there was no urgent need to change anything.

Do you think is it possible to actually eradicate cheat from Bridge ? It seems that in most sports where money is involved it results in cheating of some sorts.

Sadly I doubt it will ever be possible to totally eradicate it. Very harsh sanctions could have a preventive effect. Some seem to believe that a totally electronic environment would prevent cheating. But firstly I feel sure some clever criminals would figure out a new way of cheating even in such an environment and secondly there are many of us that do not want to play bridge in such an environment, me included.

Finally, you seem to be one of the strongest supporters of the #Keepbridgealive initiative. Can you tell us more about it ?

Bridge has a clear image problem. In order to attract new and young players to the game, to convince governments and schools of the merits of bridge, to arouse the interest of potential corporate sponsors, the image of bridge has to change.

Samantha Punch is trying to do just that the scientific way. I believe this is the right way to go. Samantha is very passionate about her work and puts a tremendous and tireless effort in it. She is convinced that she will succeed and prepared to fight for it, like with her recent #keepbridgealive campaign. She has my full admiration. How can I not support her? 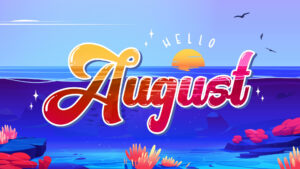 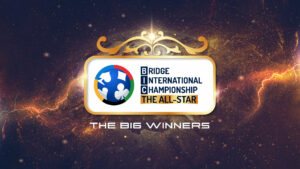 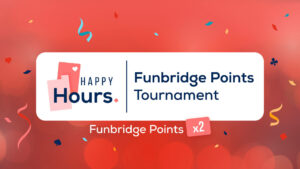