After the start 1♠️-2♥️, a 3♥️ rebid remained a catch-all auction in the French system even if some tried to limit the meaning. Our convention will allow us bid more precisely with increased efficiency.

I think, like many of us, that the Italians realized that the bids at our disposal to support Hearts were not sufficient.

1. Reminder of the classical system and its main inconvenience

The classic system places hands with a four-card fit in the first zone. However, what mostly happens is that opener has three-card support and you will see that when it comes to treating that case and some others, the system is very poor.

Let me introduce you to what is known as the “Standard French for competition”:

Reading this list, you realize that 3♥️ is a catch-all bid into which we stuff all the hands with which we want to play game or even slam. This means we can use this bid just as well with 13HCP, three trumps and a singleton; with 17HCP, four trumps with or without a singleton; or also with 19HCP with three trumps. So, how should the responder react to such a bid? The big gap between all these hands makes it difficult for the responder to make a decision. For example, with ♠️7 ♥️AQ975 ♦️KJ86 ♣️A96, what should North do when he hears 3♥️? Should he start to cue-bid? Suggest a nebulous 3NT? Sign off at 4♥️?

Signing off at 4♥️ would be very pessimistic since opener could have only 12HCP, but he could also have just the right cards to make a slam, such as ♠️AK654 ♥️K83 ♦️Q942 ♣️2.

It would be unreasonable to start cue-bid-ding, because opener could have a mi-nimum hand with Diamond shortness, which would make responders hand average, at best.

As you can see, responder needs a more precise idea of opener’s hand to make his decision. Hence the interest in playing the convention and the developments that we are going to suggest:

2. Presentation of our innovation 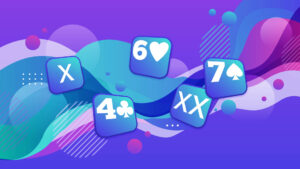