In the January article, I explained to you how to “count a hand” to shine in society. Today I am back with two new manoeuvres: squeeze and hold-up play. But let’s start with basic rules if you are new to the game:

As in the previous article, the contract you play here is 6NT. So you must take at least 12 tricks out of 13. In other words, you can lose only 1 trick.

Your LHO leads a small diamond. How do you intend to make this contract?

Let’s try to anticipate what comes next and count our sure tricks:

Let’s have a look at the clubs (7 together with your partner). As there are 13 tricks in total, if they split 3-3 in opponents’ hands, you will take the fourth trick with the 4.

Before rushing to play in that suit, let’s take a few moments to think. Indeed, it is tempting to play the club Ace and King followed by a small club. It works very well if they split 3-3. But, if they split 4-2, you will quickly become disillusioned.

Here you notice that the LHO will quietly play the 5 and 7 on the first two rounds and will establish the Jack and Queen on the third one. In other words, your contract is “dead”. Game over.

So to be ready for every eventuality, you will use a manoeuvre that is a bit special: hold-up play.

Instead of shooting with a real bullet (i.e. playing a high card ensuring the trick), you shoot with a blank bullet (i.e. a small card that will be taken). The aim is to force the opponents to discard slightly stronger cards.

Play the club Ace first. Then play a small card from your hand. Instead of playing the King from your partner’s hand, play small! One of the opponents will take the trick. No panic, though. It will remain possible to take the third club trick once you get back to hand.

As agreed, you thus play the club Ace followed by a small club taken by RHO’s 10 who then plays diamonds. After taking the trick with the diamond King, you take a third trick in clubs… And here comes the drama. The RHO discards on the third round. Indeed, these damn clubs split 4-2 (well, I had kind of spoiled the surprise when mentioning hold-up play).

I do not hide from you the fact that I smell trouble. At first sight, it is hard to see how not to lose a heart.

Since it seems that it is no longer possible to take club and diamond tricks, although it pains you to do this, you will run your spade and heart suits. However, keep an eye on the LHO, the one who holds the last club. He produces two spade cards, then he discards a diamond and a heart.

Position after running the spade suit:

Now you play all your hearts… And by some miracle the heart 3 is a master card on the last round! What the hell happened?

To understand the situation, let’s go back a few moments ago when you played the last spade. The full hand is:

Your LHO is then in a very uncomfortable situation! Either he discards the club Queen and you hasten to take the last trick in that suit with the 9 or he discards a heart. In doing so, he allows you to take four heart tricks! Here is a perfect illustration of what a squeeze is: one or two opponents are in a situation where they can’t keep two suits without giving a trick away. The full deal is:

The squeeze is probably one of the most impressive coups in bridge. It requires a good sense of anticipation, an excellent sense of observation and a healthy dose of luck too (the squeeze above works only because the LHO has indeed 4 hearts and 4 clubs).

To write this article, I took my inspiration from a deal that I have played on Funbridge. The only difference is in diamonds: to simplify things, I have replaced the Queen by a King in my partner’s hand. Here is the full deal with the famous hold-up play and squeeze.

COMMENTARY ON THE DEAL FROM FUNBRIDGE:

You will notice that the diamond lead helps me a lot. Without it, it would have indeed been hard for me to take two tricks in that suit. Then when the opponents regain the lead after the hold-up play in clubs, the RHO underplays his King. Rather than playing the Ace, I could have also tried to win with the Queen. 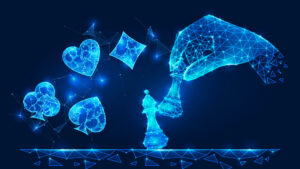 Chess and bridge – Legends of the mind 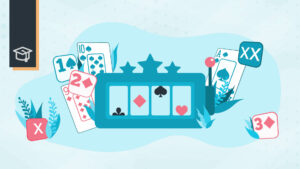 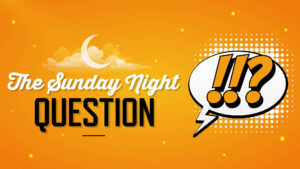