Bridge champion Milan Macura is looking forward to seeing you again on Funbridge, this time from 24th to 29th June, to participate in his “June exclusive tournament”!

Learn by comparing your bidding, card play and results

After many hours spent playing deals and taking tricks, it is now time to challenge the champion! Milan Macura will also take part in the June exclusive tournament. This is an excellent way to test your level…

You can also learn and make rapid progress by comparing yourself to many other players. The analysis of your results at the end of the deals and the final rankings will help you have an idea of your level.

Milan Macura films himself playing his tournament, analyses the deals one by one and explains his choices. You can learn new strategies and techniques and improve your skills.

Video of May 2019 exclusive tournament

You are impressed by some players and you want to know their secrets? Feel free to get in touch! Each exclusive tournament has its own chat system. You can discuss with other participants in two different ways:

How to participate June exclusive tournament?

Please note that if you access the tournament before it starts, you can make it a favourite by checking the star next to it. You will receive a reminder when the tournament will open. 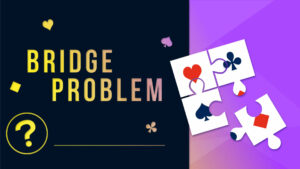