For several years now, cards at schools have not just had illustrations of Pokémon on them. An older type has come back into fashion: bridge cards, which have inspired an entertaining teaching programme for pupils from Years 5-13. These pupils now have everything they need to become whizzes at maths.

It is 12:54 on a Thursday at the Lamartine secondary school in Toulouse (in the Haute-Garonne department). The Year 7 students are champing at the bit before their lesson. They have just left the canteen: one of them is swallowing his last bit of bread. Their maths teacher, Betty Bayon, arrives, escorted by three bridge teachers. She has hardly had time to open the door before the children have scrambled to their tables, already prepared. In the centre, the green baize is adorned with the logo of the Saint-Orens club in Gameville, a town in the suburbs of Toulouse.

One group, in the middle of debating over a joke on a Carambar (a French candy), is called to order. Let’s get serious! Anne-Marie Godard, a retired teacher of preparatory classes (for entry to specialised elite schools) and volunteer initiator, has an announcement to make: “Pay attention; today is going to be serious. We are saying goodbye to baby bridge: now comes bridge for grown-ups. These are the hands that were played in the National Finals last year.”

There is, overall, a very excited response from the pupils. They are itching to get going but have to listen to some pointers before starting. Anne-Marie Godard continues with a brilliant introduction to go over some rules and terminology.

“On the sheets, it says ‘NT’. This an abbreviation of the English ‘No-Trump’, meaning ‘Sans-Atout’,” she explains, before adding, “From now on, you know that Donald Trump’s name means ‘atout’!”

A fun way of learning

Roughly ten pupils choose to attend these sessions. While their peers are still enjoying their breaktime, they prefer to stay warm and play a game. Each table is supervised by one of the instructors and Betty Bayon. She herself did not know anything about bridge before taking part in an initiation as part of the Academic Training Plan in 2017.

Following an agreement signed by the Minister of National Education in 2012, the French Bridge Federation, which had already launched a teaching programme in 1990, then designed a teaching manual containing fun exercises to introduce into maths lessons and the extracurricular activities of school pupils aged 11-18. A type of minibridge has also been proposed to teachers, albeit a simplified version of the game for primary schools; an opportunity to work on mental arithmetic in a fun way. There is no minimum age requirement but it is generally advised to start in Year 5 and this is for a purely technical reason: the children need to be able to hold thirteen cards in their hands.

As a matter of fact, using this resource depends on three contributors: when a teacher new to the field wishes to get involved in this project, he needs to, of course, have been given the go-ahead by his management but also needs help from volunteer teachers from a club in the vicinity to supervise the sessions. At the Lamartine secondary school, the initiative is being encouraged by the headteacher, Pascal Louvet, who is convinced that “the pupils will get their brains working whilst having fun”. 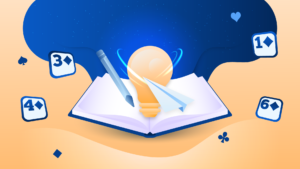 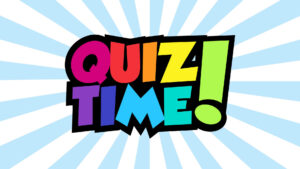 Bridge quiz September 2022 is over. And the answer is… 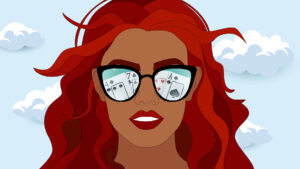