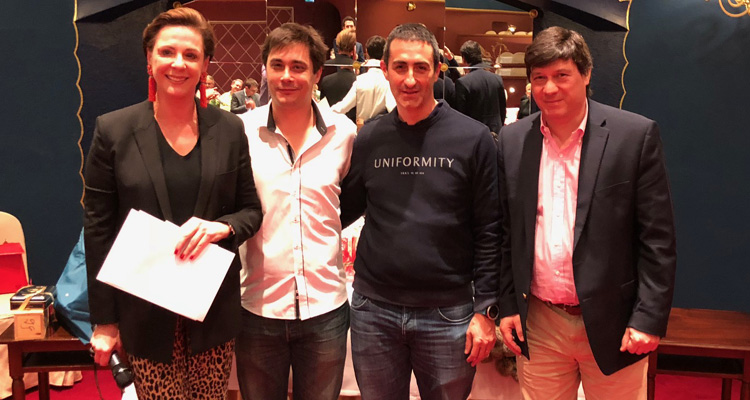 The 77th St Moritz International Bridge Festival took place from 15 to 24 January in Switzerland. This festival attracts more and more players every year. Many nationalities were represented: Lebanese, Dutch, Poles, Italians, Americans… and a majority of Swiss!

The organising committee (led by Fernando Piedra and Mrs Ehrart) had decided to have each tournament played in a different but no less prestigious hotel in the city (Palace Hotel, Kulm Hotel and Suvretta Hotel).

Despite his opening in third position (sometimes a bit weaker), West remains the one who most likely holds the heart King.

The easiest winning line of play seems to hope that Spades split 3/3.

Therefore after the diamond Queen, I start with a small spade taken by West’s Jack.

West returns a diamond to East’s 9. East plays a club, letting dummy take a trick with his Jack.

At this stage, I keep on playing in Spades. I cash the spade Ace and much to my surprise, West discards a diamond.

It allows me to guess West’s hand, except one card:

Can you see how this is going to end?

I cash the club Ace and play a small heart to my 9. If it pushes West to play the King, it is in the bag. Unfortunately, it is taken by West’s 10.

Just like in a ping pong game, West puts me back to dummy by playing the heart King, preventing me from taking tricks with my club King and dummy’s fourth heart (no communication other than in Hearts between both hands).

Now it is my turn to respond: I take a trick with the spade King by discarding a diamond from my hand, then I get back into hand with the heart Queen and I throw West in with the diamond King to force him to play into my club K10 tenace with his Queen (if he prefers discarding a club rather than a diamond, I could take my two club tricks).

I was happy to win this 3NT contract but unfortunately, that didn’t prevent our opponents eliminating us and winning the final. Congratulations to them!